688,00 €
Porsche 911R (1967) ‘Monza’
The 1967 911R marks the beginning of Porsche’s 40 years of ongoing success in GT racing history. Developed by Ferdinand Piëch himself, the 911R used a lightened 911S steel body, fitted with a fibreglass bonnet, doors and bumpers. Additional to that, Piëch and his team decided to replace the heavy glass windows with lighter plastic counterparts and stripped the interior of any unnecessary weight right down to the door hinges, a tradition still applied by Porsche today for their high end performance 911 models. These drastic changes pushed the total weight down to 800 kgs, which makes the 911R the lightest 911 to date.
A total of four prototypes and twenty customer cars were produced by Porsche. Equipped with the Type 901/22 flat six engine from the Carrera 906, or optionally with the four cam Type 901/2, the 911R produced 230 bhp at 8000 rpm.
In 1967 BP Switzerland decided to attempt a world record breaking endurance drive at the banked Autodromo di Monza. A group of Swiss race car drivers, who had raced the Carrera 6 in the previous season had much experience with racing Porsches. They decided to use the 911R, which was using the same engine as the Carrera 6. Shortly after 7:30pm the FIA official dropped the chequered flag. After 48 hours and 20,000 kms the team had achieved success and created a new world record.
This fine 1:18 scale model of the 1967 911R has been handcrafted and finished in our workshops using detailed colour and material specifications, and original CAD data supplied directly from the drawing office of Porsche. Furthermore, it has undergone detailed scrutiny by both engineering and design teams to ensure complete accuracy of representation. 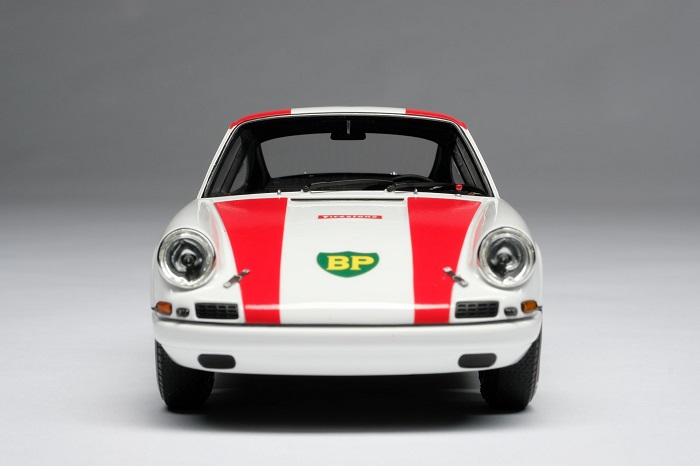 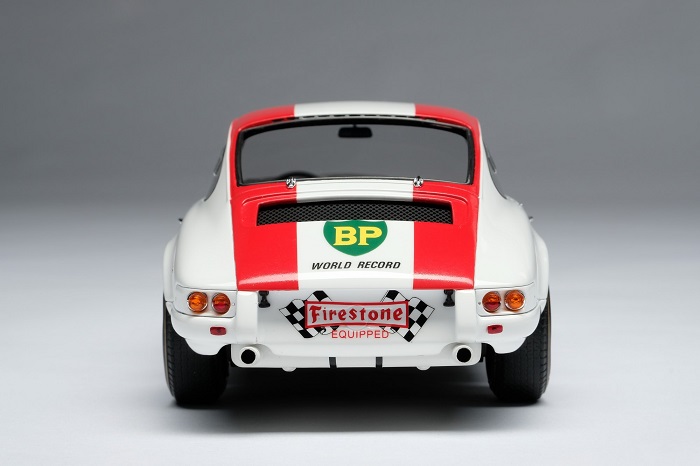 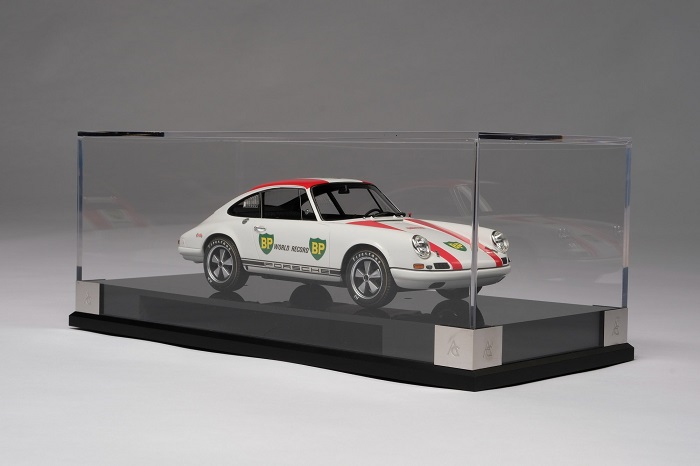